Post-COVID-19 recovery in the EU: A green revolution in the making? 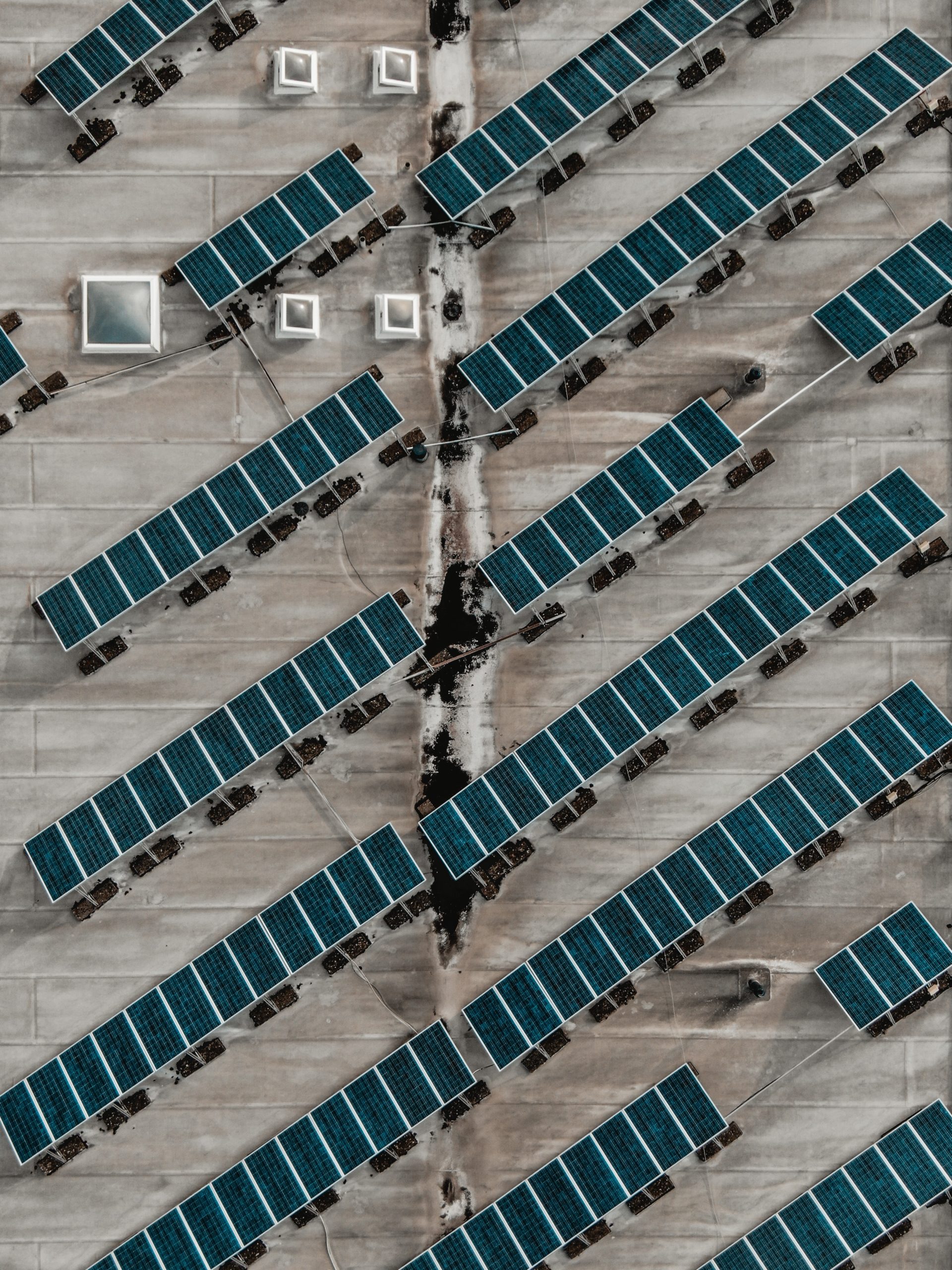 Post-COVID-19 recovery in the EU: A green revolution in the making?

The European Union is set to become the global largest green bond issuer within five years as a result of the post-pandemic recovery programme. Although the EU is already a pioneer of green finance, the pledge to issue over €250 billion worth of green bonds in the next five years will make it the biggest green bond issuer globally. This provides additional leverage to implement long-delayed environmental policies.

The recovery fund, Next Generation EU, will create a medium-term investment scheme to support green transition ambitions instead of providing emergency cash, like in the American case. The reasons for such a robust environmental plan are both societal, political and economic. Yet, there is substantial room for improvement as there is no official rating agency nor a working grading system for loans to finance green projects. The EU plans to issue a rigorous taxonomy which, in theory, would address the existing shortcomings, but there is a lot to be further enhanced by the EU as both an issuer and a regulator of the green bond market.

What is green finance and why has is gained such momentum and what are its limitations?

Green finance is commonly defined as any financial activity created and perpetuated to provide environmental benefits. Its’ aim is to ensure increased environmental benefit by encouraging the proliferation and development of green projects or to minimise the current negative impact of harmful economic activities on the environment. In recent months, green finance gained unprecedented momentum. Every major political event that was at least partially revolved around green finance, including the COP26 or the World Economic Forum, has shifted the previous focus from raising awareness and setting climate goals to technical discussions on financing the transition.

Reasons for the recent momentum are both social, political, and economic. Public opinion is increasingly in favour of green solutions and rising awareness of climate change has put environmental pressure groups (or at least their postulates) into the mainstream debate. Because of the rising awareness, both amongst societies and political elites, environmental objectives are increasingly included in the agendas of political parties and governments. Green finance also promises a carrot-driven mechanism of transformation and diminished grievances amongst those who will be economically affected by the transition, such as coal, oil and gas industry workers or the citizens who will be harmed by higher energy prices. However, there is also a purely economic aspect of the green finance popularity. Private bond issuers, such as corporations and banks, have already invested or are pledging to invest in green solutions because of the forecasted reputation boost. Beyond transparency, they have proved their resilience during the pandemic, as presented by an analysis done by UBS. Bonds financing environmental projects were characterised by a stabler yield of profit than an average corporate bond.

All the above factors, of course, overlap. For example, public opinion shapes the behaviour of both retail and corporate investors; capital markets are influencing the moves of public authorities; shareholders and contractors press entities to set more robust pro-environmental policies and execute them.

One of the green finance instruments is given particular spotlight: the already mentioned green bonds. They are a tradable loan instrument which is issued to finance an activity that brings a benefit to the environment. In theory, they must adhere to criteria on the use of proceeds, have a process for project evaluation and selection, ensure proper management of any proceeds, and offer detailed reporting to the investors. In order to be classified as ‘green’, a bond and/or the issuer needs to be examined by an external agency, such as Green Bond Principles from the International Capital Market Association, which is now the market standard. However, there are other agencies and the subjection to those agencies is voluntary. Unfortunately, there is a lack of clarity and common understanding of the methodology applied by those agencies, which need to be both broad and restrictive, and this is hard to achieve in reality. Moreover, there is a problem with measuring the scope of factors which qualify as sustainable. For instance, planting a monoculture forest would actually not have a positive impact on biodiversity, which is an important component of environmental protection. However, this is often overlooked by those agencies. Therefore, €1 invested in such a project would have a worse overall impact on the environment than €1 invested in a biodiverse forest; therefore, bonds issued to finance those two projects should be labelled as ‘green’ and ‘greener’. The most vivid example is Tesla’s ratings. According to MSCI, the company issued the most sustainable automotive stock. At the same time, for FTSE, another financial rating agency, Tesla has the worst score amongst carmakers.

Secondly, there is a problem of scrutiny and legal enforcement. Since there is no official authority to overlook the bond issuers and the projects they finance, there is a risk of imperfect information which will mislead investors. Many current and potential issuers witnessing the booming popularity of the “environmentally-aware” credits and bonds might opt for green ‘obfuscation’ techniques and even green-washing. This scenario is more costly for many issuers who will have a robust tool to demonstrate that they are funding legitimate green projects. Investors will not be able to more easily compare and assess that their investments are sustainable. Moreover, as the Bank for International Settlements recently found out, so far the real effect of green bonds on the transition of conventional energy companies is limited. Thus, in order to supplement policies, green bonds should be subject to substantial scrutiny and external supervision.

Green finance in the EU

The EU is not only one of the main actors on the global stage in the sphere of green finance, but also has an agenda to solve the above-mentioned shortcomings, such as lack of clarity and transparency. It has a long record as a pioneer in sustainable finance. In 2007, the European Investment Bank issued the Climate Awareness Bond, the first green bond globally. In the last five years, the European Central Bank became one of the biggest green debt buyers, and it now holds around 20% of all euro-denominated green debt. The green finance agenda was also on the policy-makers table for a long time. In 2016, after a major overview, the High-Level Expert Group on Sustainable Finance (HLEG) was created. In 2019, it recommended the EU Green Bond Standard, a voluntary mechanism to scale up green ambitions of the financial sector, which was also part of the European Green Deal. As a result of the COVID-19 pandemic, in 2020, the Commission pledged to issue €250 billion worth of green bonds and create a taxonomy which will regulate the bond classification of the EU trading market. The EU’s action is, and should continue to be, two-fold: as an issuer and a regulator of green bonds.

In 2019, the creation and evaluation of the European Green Deal has underlined the necessity to stimulate capital flows towards green projects. The post-pandemic €800 billion spending plan created such an opportunity. In mid-October 2021, the Commission issued the first €12 billion worth of bonds on financial markets to finance a share of the recovery fund. This represented the world’s largest green issuance up to date. Bonds were over 10 times oversubscribed, signaling significant popularity amongst investors.

The money raised will finance projects proposed by the EU member states, which, in order to be granted recovery assets, had to include at least 37% climate-related projects in their post-pandemic recovery roadmap. Thus, there is a risk of the EU bonds being less sustainable than expected because the Member States might boost their ‘environmental ratio’ records. Most of the spending, which will come through the Recovery and Resilience Facility, will be proposed by the Member States and negotiated between them and the Commission. Each national plan has certain milestones, and if they are completed, a state can apply for a pay-out from the EU. This might lead, inter alias, to so-called ‘creative accounting’, which capitalises on legal loopholes, deviating from the environmental goals intended to be accomplished. Thus, Brussels will have to scrutinise member-states, and so far, it has little legal teeth to do so.

Establishing a standard for how to raise funds on capital markets to finance ambitious large-scale green investments was a recommendation in the final report of HLEG. As pointed out by the Delors Centre, such a standard method is not ingrained in the Taxonomy Regulation, which was introduced in 2020. The calculation method is similar to the already existing Common Provisions Regulation, an assessment of climate-friendliness of the EU structural funds with indicators belonging to either of three groups: 0%, 40%, or 100% climate contribution, based on the type of project. Considering the scale of the share of green bonds in the recovery fund, the method seems to be oversimplified. If the EU is set to become one of the biggest green bond issuers in the world, it needs a complex rating methodology rather just a three-bracket scale of climate contribution. Moreover, there is substantial criticism of the technical aspect of the criteria, which, for example, does not include biodiversity.

The most recent debate was over the inclusion of nuclear power projects as being green. Germany opposes it by pointing out harmful pollution and high risk of environmental and human grievances in the case of an accident. France and Central and Eastern European countries see the energy source as an efficient, and often the only, alternative to transition from coal and other traditional energy sources. Another controversial topic is the rating of businesses, which by their character and/or their business model are as of now not sustainable, such as oil and gas companies. Although those companies, as of today, have enormous negative impact on climate and pollution, they can significantly contribute towards the EU climate and emission goals by implementing robust transition strategies; and therefore, making a greater contribution than companies which started out with a more sustainable business model.

Finally, another problem is, of course, the legislative and policy implementation processes, which are bound to be influenced by various pressure groups and lobbyists, not only the coal, oil and gas or heavy industry companies and trade unions. The finance industry representatives urge Brussels to delay implementation of its landmark sustainable investing rules arguing its deadline is too ambitious given the significant reporting and investor factsheet updating tasks awaiting investment houses.

In conclusion, the green bonds, which enjoyed a significant political and public spotlight in the recent years, are far from ensuring a perfect capital-efficiency towards environmental goals. Although the rising capitalisation of the green bond market signifies a positive trend of increasing awareness of the public opinion and economic entities, the lack of a consistent rating methodology or an official agency implies a risk of mismanagement of funds. The EU has identified and tried to fix the current shortcomings of the current green finance architecture, but there is significant room for improvement, especially in the legislative area to create a robust and rigorous grading methodology and impose an official body to overlook the issuance of new bonds. Nevertheless, any unified standard will bring some clarity, as it will help navigate investors in the murky waters of supposedly clean investments and allow for measurable environmental benefits.